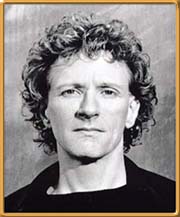 Life is the power to perceive. Without perception there is no life, and what is most endemic to perception is power.

Everything is dependent upon energy. Energy is attention. Attention is awareness.

Power is the ability to translate, that is, to shift from one level of attention to another.

The universe is a matrix. It's a doorway into itself. But that doorway remains invisible if you don't have enough energy flowing through you.

We are power. But these are only words if you don't have the personal power to unlock the gates of immortality and of mortality.

Power itself is simply a word to describe attention, awareness, which embodies all things.

Power is the active force in life. It is the force that makes awareness. The general term for spiritual power is kundalini. Kundalini is the energy of life that creates awareness

The kundalini is the energy that opens up the bands of perception.  It is also the power that allows us to travel mentally from one dimension to another, from one experience to another

The American Indians, the ancient Indians would say, the metaphysical ones would say: "Power binds us together." Power, for a while, makes us what we are, perceivers, luminous perceivers of reality.

Perception is made up of bands.

Power is the band that we perceive things on. In radio we have stations. Frequencies vibrate at certain rates and within those frequencies we transmit information and receive information.

Power is what is required to change the universe - to change yourself into what you might like to be.

Power doesn't create happiness or unhappiness. It depends how you use it. Wisdom is the guiding force that directs happiness.

Power is the big obstacle, or one of them, that you have to overcome and learn to deal with effectively before you can reach enlightenment.

Power is very much like the wind. It comes and goes; no one really owns it. People are foolish enough to think they possess power. You don't possess power, power possesses you. Power uses you.

If you have only been around people who use power in cruel and petty ways, then when you hear the very word, you may have a negative reaction.

Power is emotionless; yet one with personal power will experience more emotions.

The vast majority of beings who incarnate on this planet are at the stage of their evolution where power is the dominant theme. They are learning about power.

That is why we live in a world where there are so many wars and so much destruction. This is an arena of power.

Most souls are into power on the earth.  Most souls here are developing their occult body.

It is harder to develop your occult or psychic body when you are dead because all planes meet in the physical.

A master of will can teach you how to use will. You watch them and observe them use that will, guided by wisdom, with a happy balance.

A teacher is really invaluable. A teacher will instruct you in how to stabilize your energy field, increase it, and decrease the loss of energy in your life and how to be balanced, wise, and funny.

A teacher can show you the ways. But no one can do it for you. You have to take what you learn from them and go out and live it. You have to fight your battles of power.

Personal power is the ability to go into other planes, to cross that threshold from one dimension to another. Why do that? Because it is there to do; knowledge, power, and beauty lie in those other worlds.

Mystical powers develop primarily through the raising of the kundalini. The Kundalini is a type of energy that exists within all things. It's possible to pull that energy, to mass it, to transmit it.

Siddha powers are a type of occult power, but occult powers come in many shapes and forms. The Siddha powers that you most commonly hear about are things like levitation, telepathy, and astral projection.

Occult powers, on the other hand, are much wider-ranging. They involve the ability to change dimensional structures and the evolutionary path of sentient beings.

There is this school of thought that says the usage of all mystical and occult powers is bad. I find that thought is usually propounded by people who don't have any powers. It's kind of a sour grapes attitude.

If you have power, you might be able to heal a person. You could actually get inside their cell structures and create a change.

What will happen in those encounters? Who knows? It wouldn't be much fun if you knew all of that; you'd be watching an old video called your life. 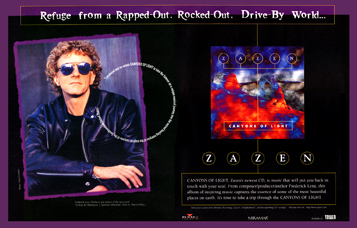